Update on second week of prototyping

Our original Basic idea of the game can be found here:

After feedback from our mentors  we had to scale down the scope of the idea. So we tried came up with a smaller version.

Current idea of the game:

First the players start in a building phase where they can place one  trap each on a prebuild basic level, after this building phase players will race from the start of the level to the end. It’s a point A to B type of race. While racing players can activate the traps they placed in the building phase. The first person who reaches the end wins the race. The players can die but will respawn during the race at a predefined checkpoints. The theme of the game will consist mainly out of Candy and Ice Cream themed and related objects/ liquids. However the deaths of players  will create a gory spectacle to contrast the cute/friendly aspect. This gore will be done by effects and remains of the players that had a fatal “accident”. This in turn will show players that hardest parts of the map and the places to avoid. After every race the building phase starts again depending on how many rounds you are playing. The art will be stylized.

We continued prototyping our game in the unreal engine. After the feedback from our mentors last feedback session we also worked on a tech design document and an art bible. This is accompanied by a feature list for both art assets as code. One of the main things we tested this week was what camera angle to use in the game. We implemented 2 new angles: a side view and a corner view. This with some much needed improvements to our adaptive camera gave us 3 options. 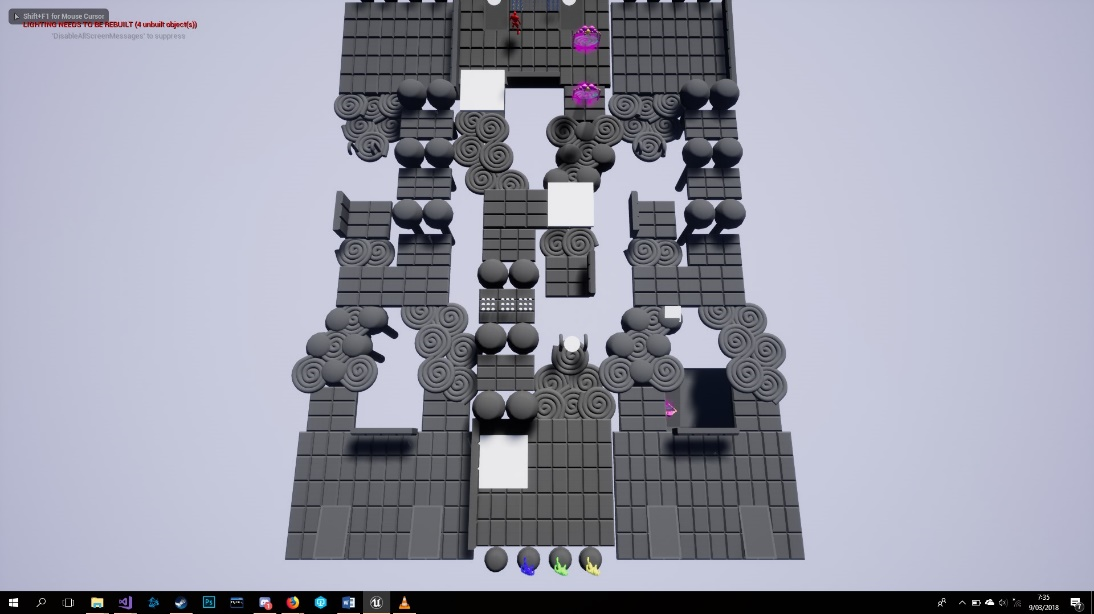 The CornerCamera gave us a perspective view of the entire level but made the controls feel weird and also gave the routes close to the camera an advantage as they are more visible then the ones at the back. 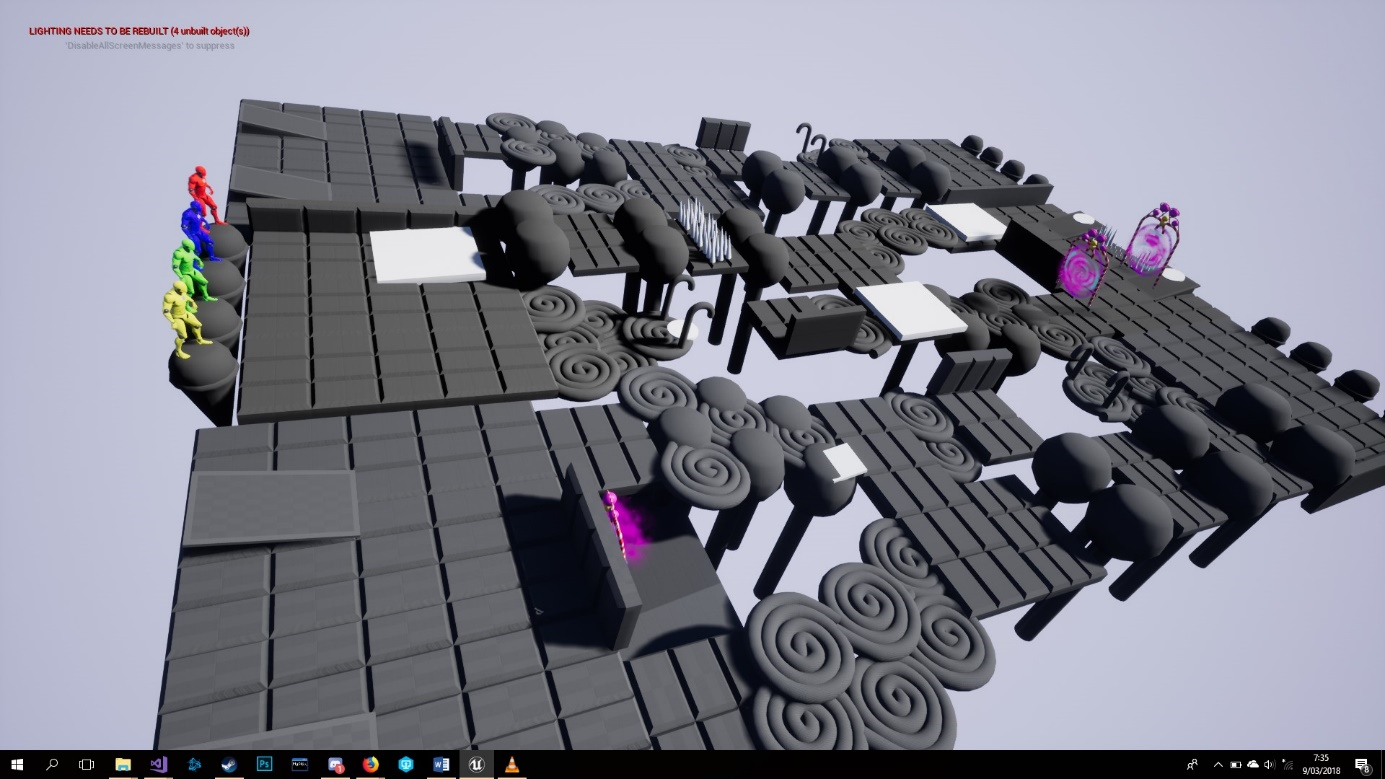 The SideCamera has the same problems as the cornercamera in that the controls are strange at first and that some roots are better visible then others but this to a lesser extend. The navigation of the level did become more difficult because it’s hard to see if places are safe if they are behind another object also if we want to diversify the routes more with verticality, this will become a bigger issue. 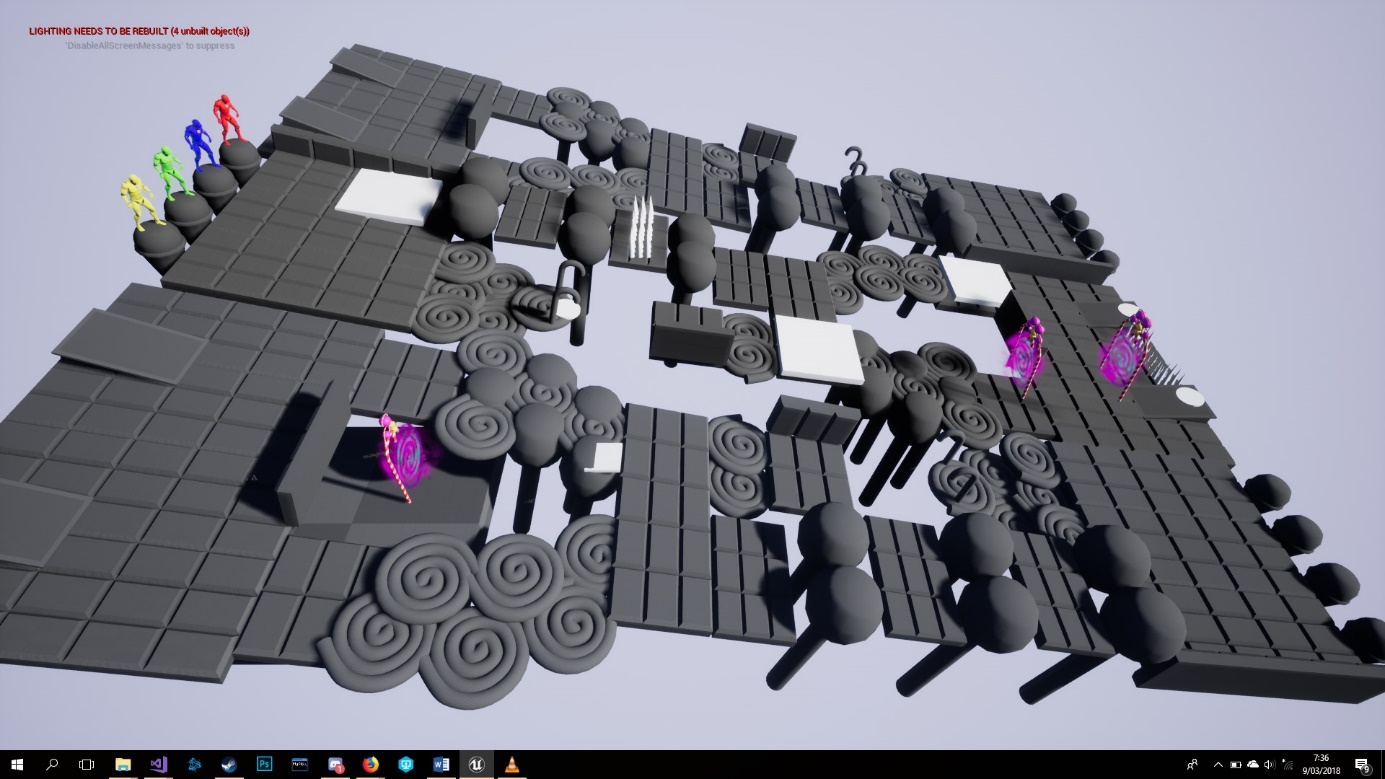 Apart from the new cameras we also extended the level a bit to add more options for each player to choose. This also made better use of the screenspace then before. 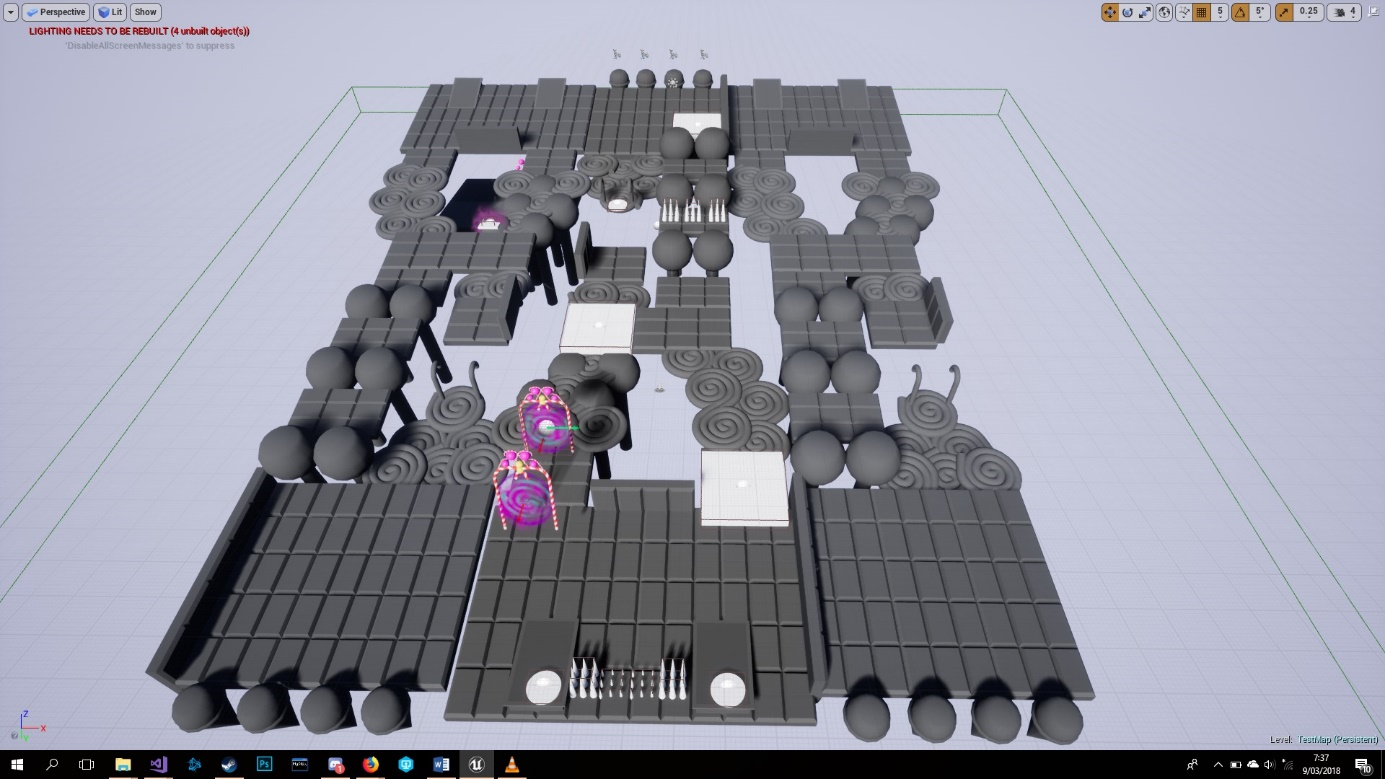 We also added in some more traps in the form of a bouldertrap ( a trap that drops a boulder that rolls over the level)and a firetrap (“Don’t stand in the fire”) . These are now given at random to each player instead of each player having the same spiketrap.

Finally we did a lot of fixes to existing elements including but not limited by player spawning, trap triggers, player movement, player colors, …

With the creation of the artbible, our artist made a basic character, prop and effect. 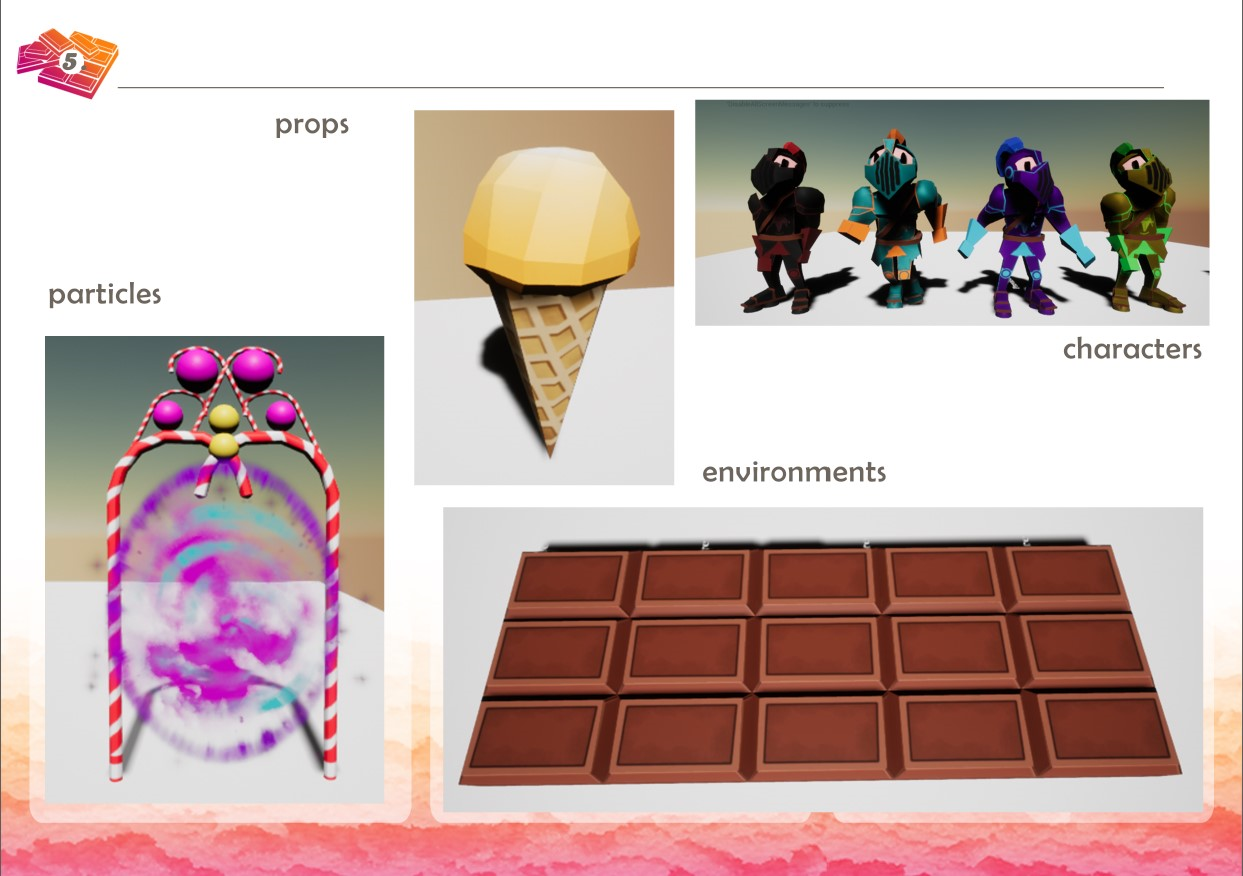 What camera is best for our game ? we tested multiple cameras and we found that the race camera from the back was the best we found. The angled camera was to confusing to walk with and the side/topdown were to hard to judge angled terrain.

Do we use Controller or keyboard? Controller are the answer cause with four players playing competitive many keyboards would die in the process.

Do we use a wide or tight level? Wide cause it give the player more routes to run/mess up for fellow players.

This week we fleshed out what features we want in the game while also expanding our prototype to give a more accurate feel of what we are trying to accomplish.