7th and Final Week of Development

A lot was added this week to make the game experience of the player more smooth and enjoyable.

Added a Main menu so the player can look at controls and can start the game at their own leisure, also added a Character Selection screen so only the right number of players get spawned and the camera doesn’t freak out.  In this character selection screen u can join and select one of the 4 characters to play with.

Also added the loop of game rounds so that u now start a new round when someone won the previous round.

Between each phase of the game there are countdown before they start so u can prepare for the next phase.

a few new Traps were added to the game these will increase the diversity of the game.

the first new trap is a boulder trap that drops a huge boulder when triggered when u get killed the boulder smashes in many pieces.

Second new trap is slow trap that slows u down when u run in its sticky goo.

After a lot of feedback from others we adjusted and added a lot in the game artwise. The first step was to add a main menu so the player wouldnt immediatly get thrown in game.  Here is what it looks like ! 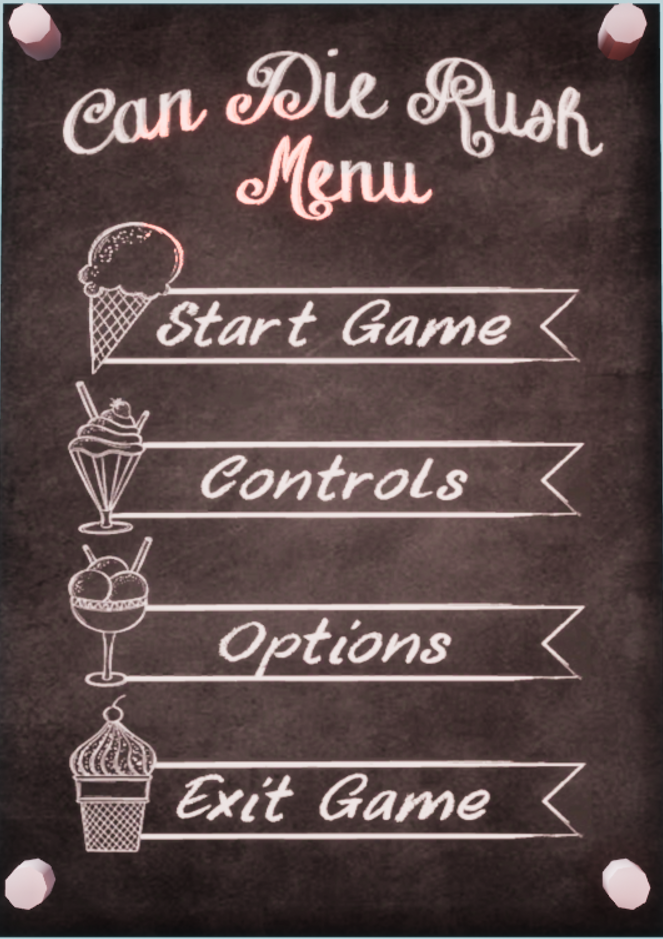 the menu is pretty simple at the moment but it will be adjusted later on to give it a nicer feel. For the presentation wil will be using a icecream van which will contain the  different menus. 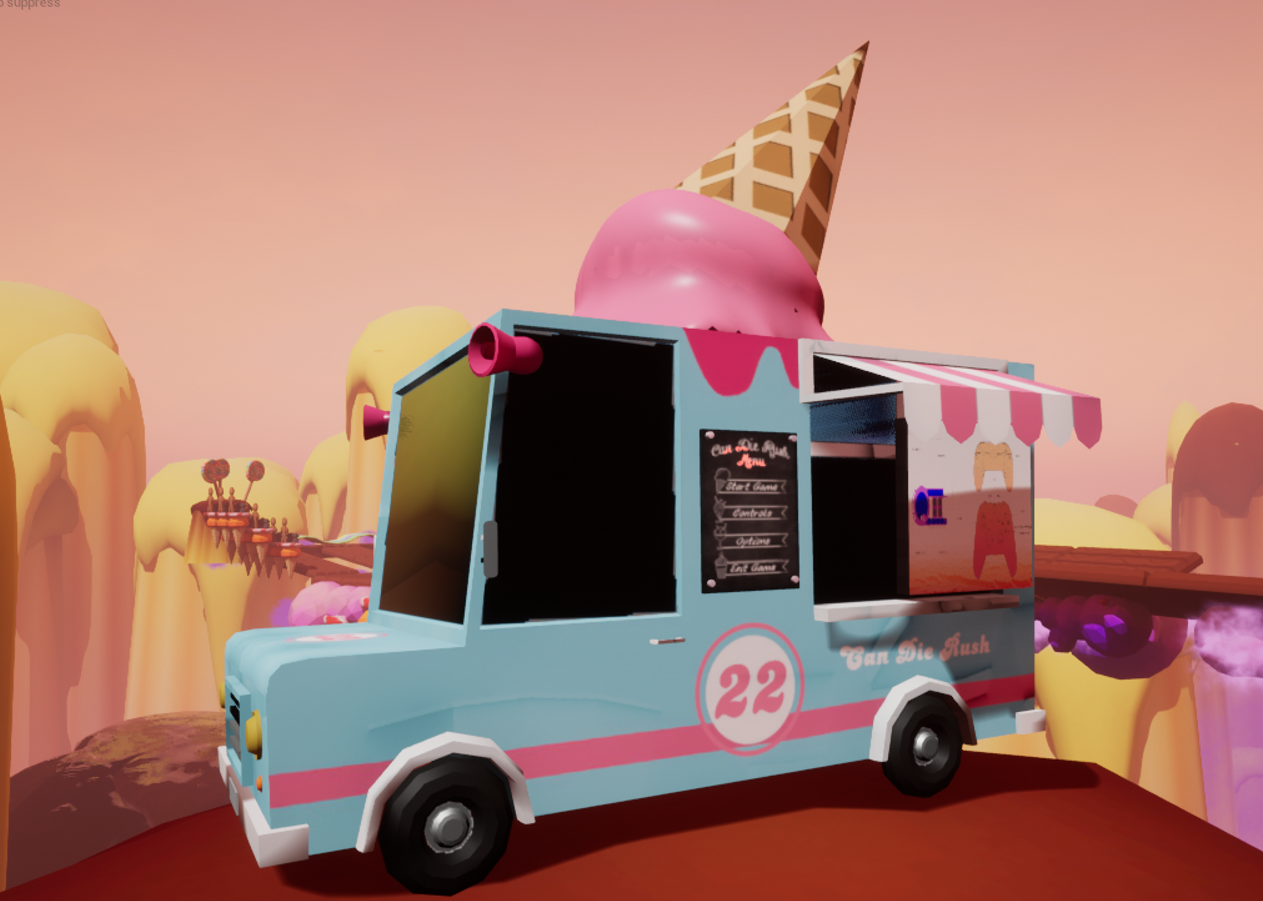 We alsp added another prop to fill up the empty places in the level environment. This plane will fly around the level to cheer for the participants .

We also added a player select screen to the game. Here the players can join in and chose their characters to play with. When all done choosing, you hav to jump down into the candynet. If all participants are in the lower part of the box the game can begin ! 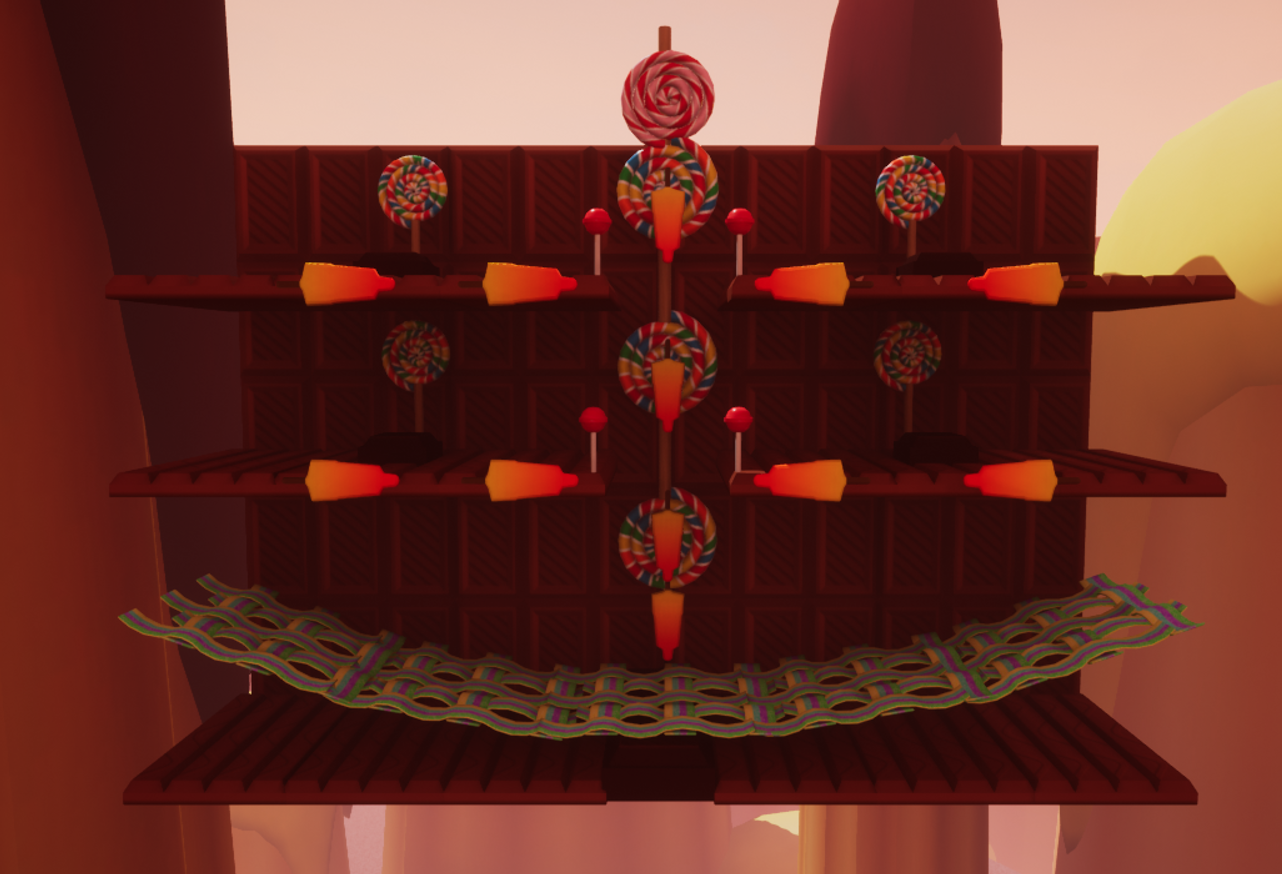 and last but not least we expanded and adjusted the track a bit for more variety and possibilities to push people off ;) Have fun !