This week we can finally show both parts of our game. With the buildingcamera implemented and the transition to the racing implemented you now have acces to both!! We also implemented a placeholder ui (on the art side) with most of the code implementation and functionality in it.

Building Pawn was added and now u can place one trap in a grid system. the buildingpawn will stay on screan as the building camera is moving over the level, it will also show the trap previewed on the track and will follow the height/angle of the track when previewing and placing.

This week we upgraded the environment to a new level! There are new elements and dangers, more difficult parts in the track.  Use new ways to push your enemies of the edge BUT be carefull not be pushed off yourself! Here are the new updates of the art department. We hope you enjoy what you  will see!

first of : The new track! Like told above, The track has been given a new look more suited for its dangers and supprises. New elements were added like clouds, mountains ,.... and even a tribune to cheer for the winner! Have a look.

Next up is the dangerous flowing chocolate. One wrong step and you are done for! so be carefull.

Last but not least for the environment, we added a more pleasing environment then the empty scene around the track itself. The infamous PuddiPuddi Mountains! Dont be conceited by the clouds though, They wont stop you from falling ....

we also started making the last two characters for or can die rush game, the Pirate that can't swim (that's why we gave him inflatable armbands) and the lucky leprechaun. 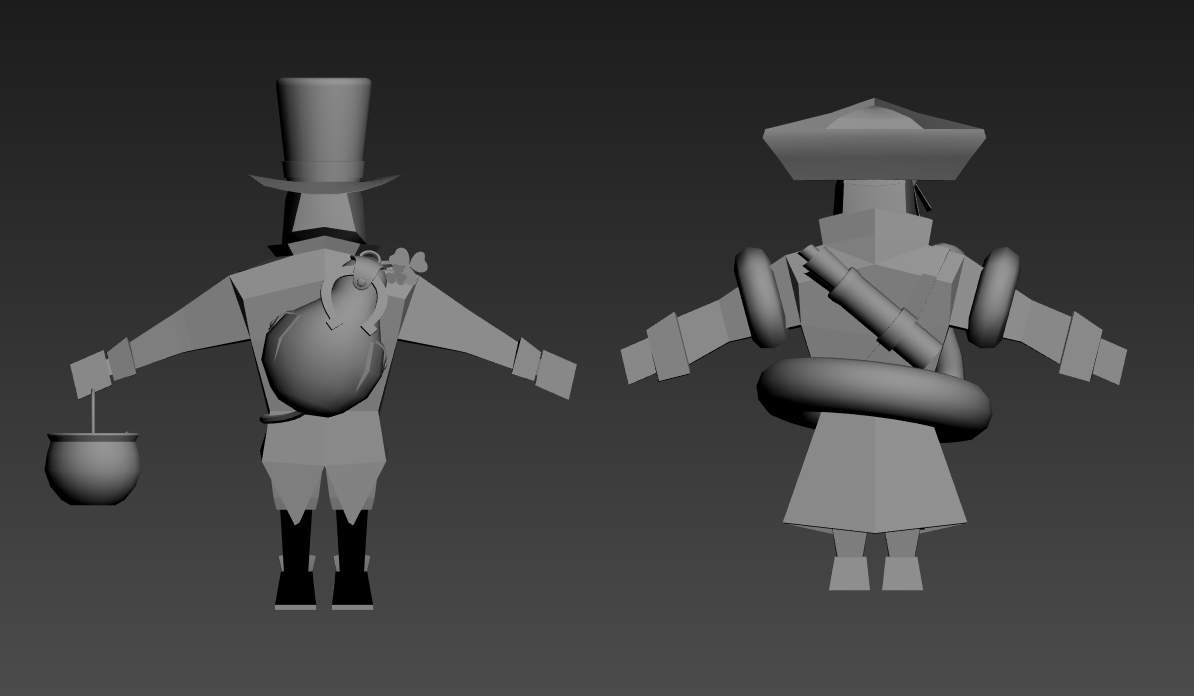 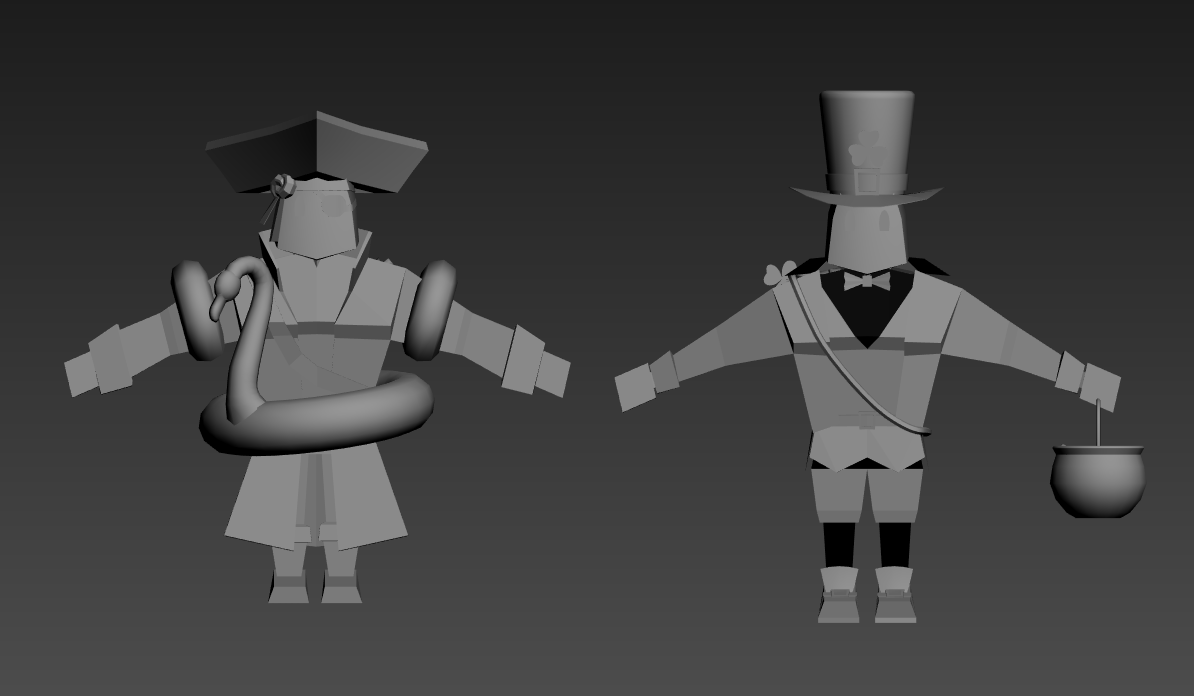