Here it is ! the final devlog of our game and also the final build. A lot has changed these last few weeks. Beside a lot of bugfixing, here is what happened.

To complete the game we added a score system. This way you can keep track of who has won the most rounds.  this will be shown in the player UI. 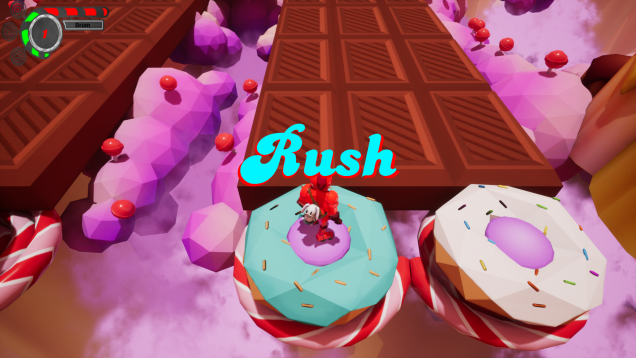 We added some smoother transitions in between the stages of the game and fixed a lot of buggs with the camera.

Added an outline when the caracter is behind an object (like the giant gingerbreadman). 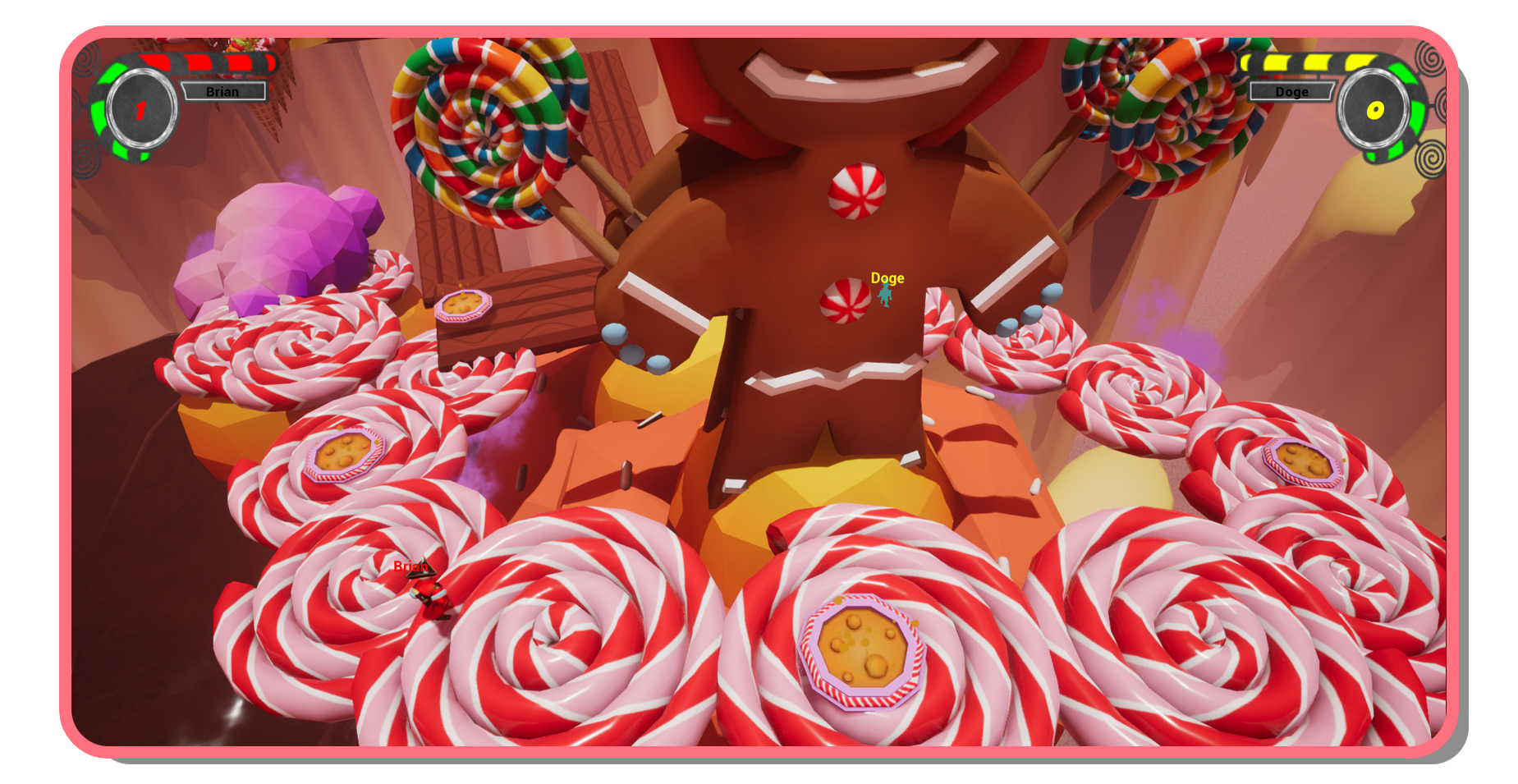 We also noticed that the end of the level to easy to pass. So we spiced it up a little. Now when two player get near the finish , there ll be more opportunities to push each other off the map to decide the winner. 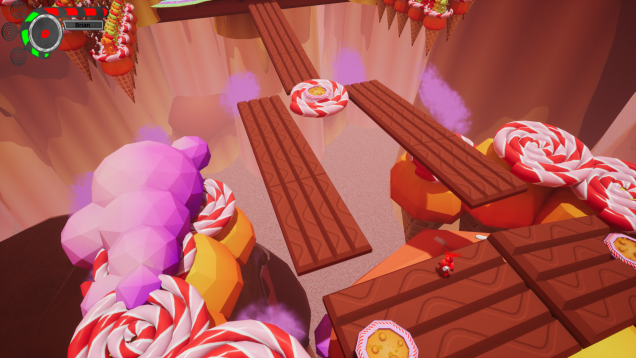 Beside the harder end of the level ,we also added slowtraps on several parts of the track so there are almost no parts where the player can just run his way through. The track has become gradually harder to pass the closer you get near the finish.