This week we implemented the shared camera for a players, fixed some bugs regarding local multiplayer, added the statemachine for animations and implanted the first of our traps. The camera tries to get all players into the same screen with blending to new targets. 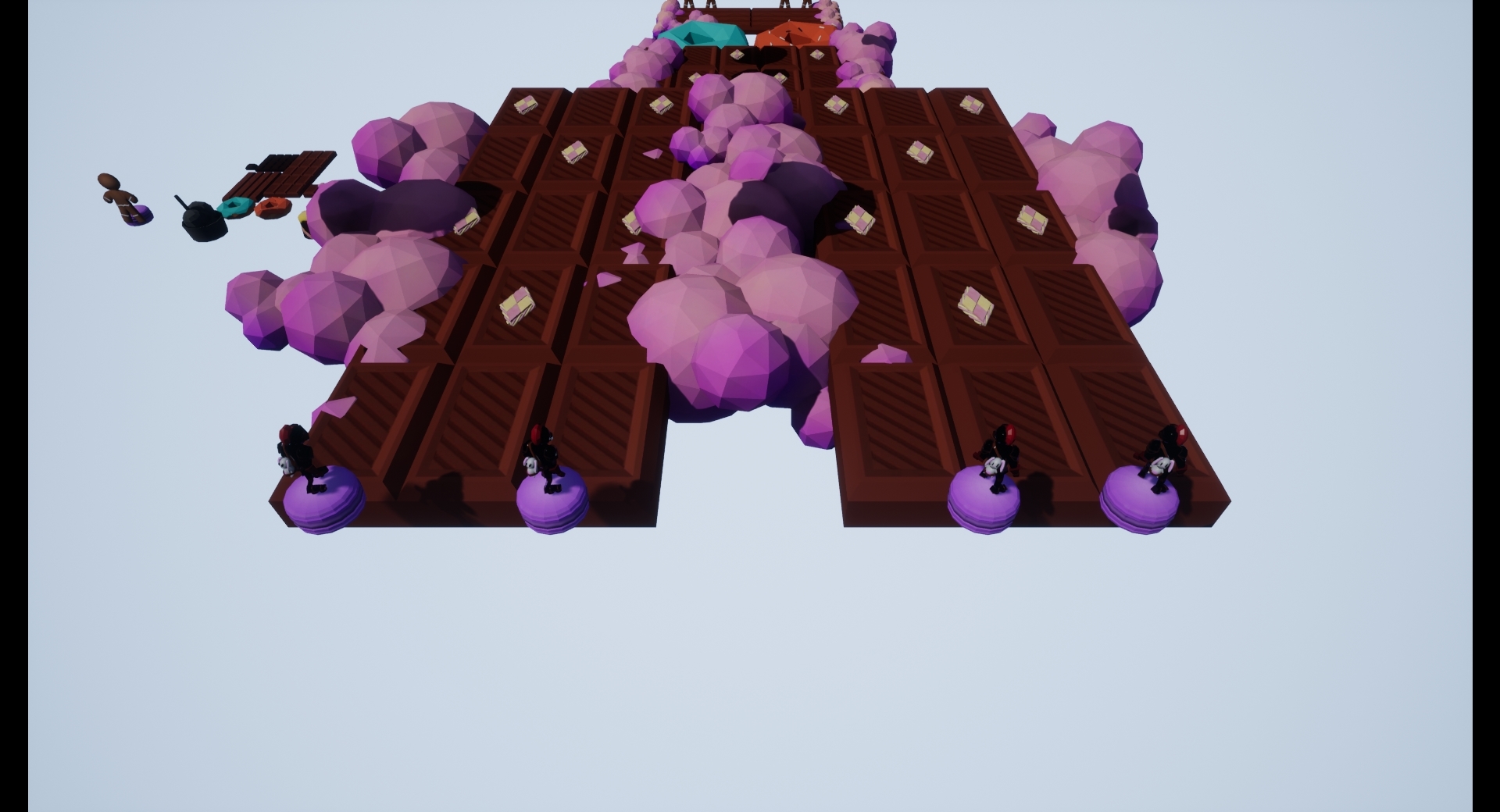 Some of the bugs that we fixed involved the push mechanic from last week. The statemachine that was added lets us smoothly switch between animations with or without blending.

The first trap that we implemented was the spiketrap, as the name suggests it has something to do with impaling people on spikes. 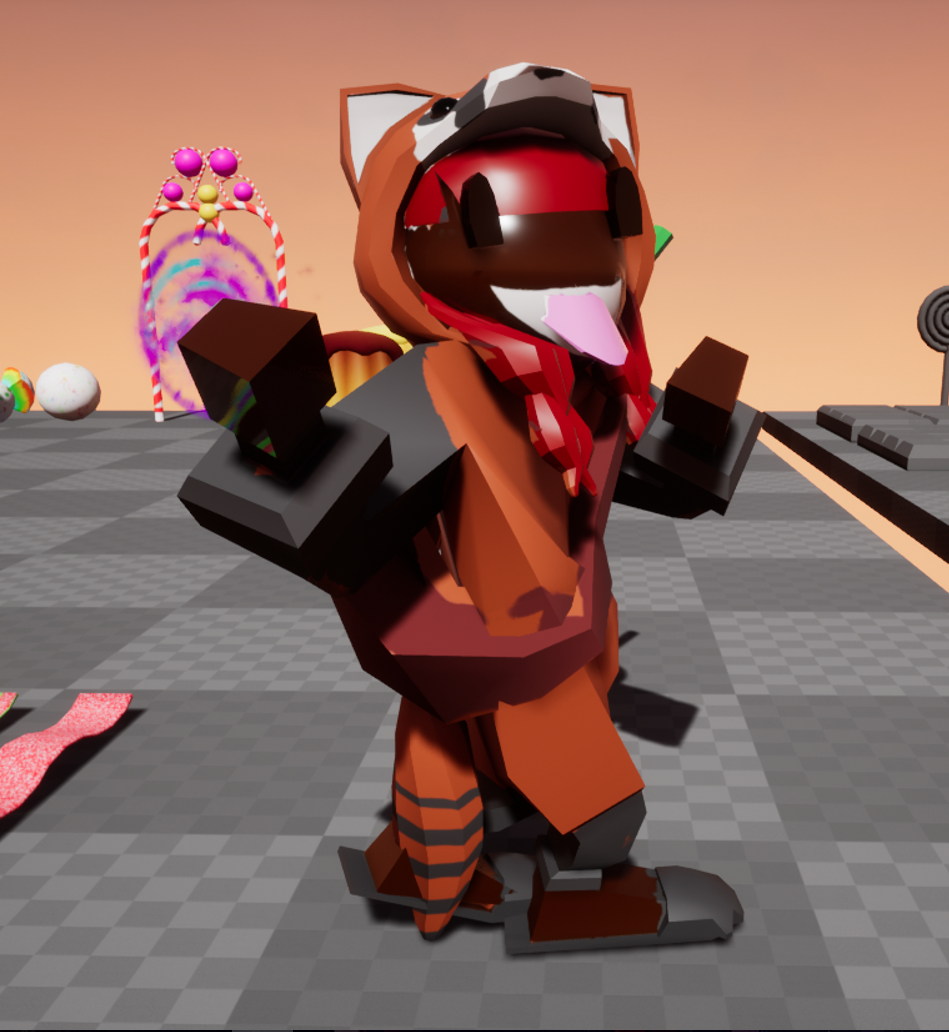 Some of the newly textured props are the donuts, the spiketrap and the gummybear

One last thing is that we also added multiple spike traps to our testlevel so have fun pushing eachother in those.

This week makes the end of our first production sprint and we can’t wait to start on the next one that will bring with it the trap placement, the menus with lots of options and ofc the victory dancing.

See you all after the easter holidays!!