Update on first week of prototyping

Our original Basic idea of the game can be found here:

After feedback from our mentors  we had to scale down the scope of the idea. So we tried came up with a smaller version.

Current idea of the game:

First the players start in a building phase where they can place one  trap each on a prebuild basic level, after this building phase players will race from the start of the level to the end. It’s a point A to B type of race. While racing players can activate the traps they placed in the building phase. The first person who reaches the end wins the race. The players can die but will respawn during the race at a predefined checkpoints. The theme of the game will consist mainly out of Candy and Ice Cream themed and related objects/ liquids. However the deaths of players  will create a gory spectacle to contrast the cute/friendly aspect. This gore will be done by effects and remains of the players that had a fatal “accident”. This in turn will show players that hardest parts of the map and the places to avoid. After every race the building phase starts again depending on how many rounds you are playing. The art will be stylized.

We started prototyping our game. We created a Unity and a Unreal prototype to test the basic game mechanics in each engine, after this week’s feedback we will decide which engine we will use for the remainder of our project.

In the unity protoype we ran into some issues when implementing the basic movement system for multiple characters at the same time but that got solved in the end. The basic camera and map were implemented to test a small but representative scenario. 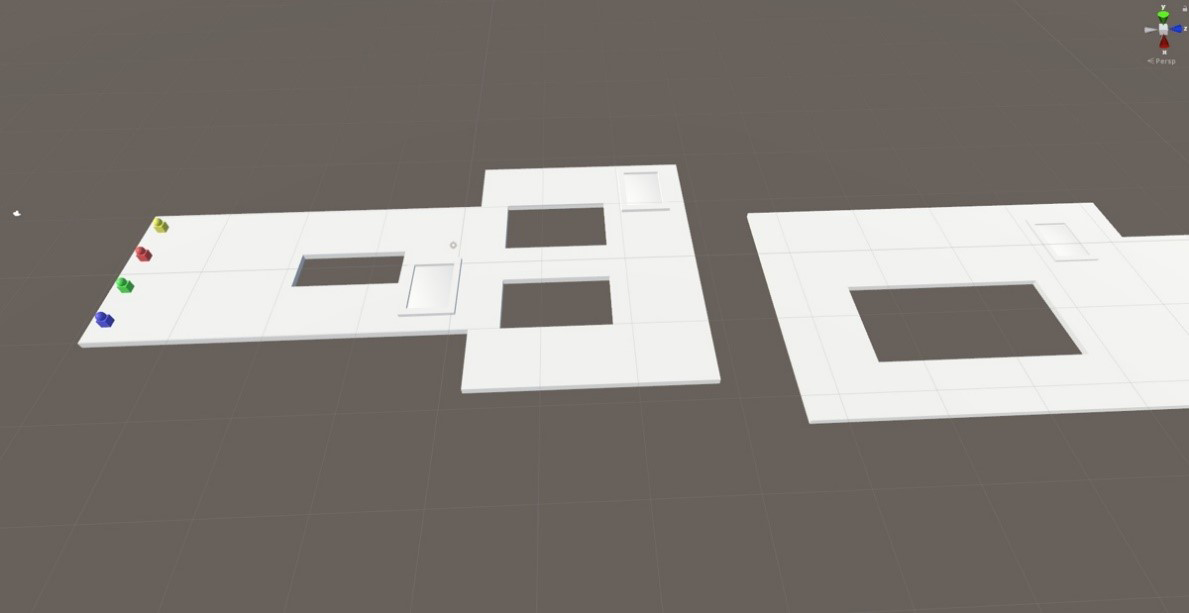 During this prototype we tested how we wanted our camera to behave and found that a single camera that keeps all the players in the screen (for the most part) was the most fun/ felt the best. 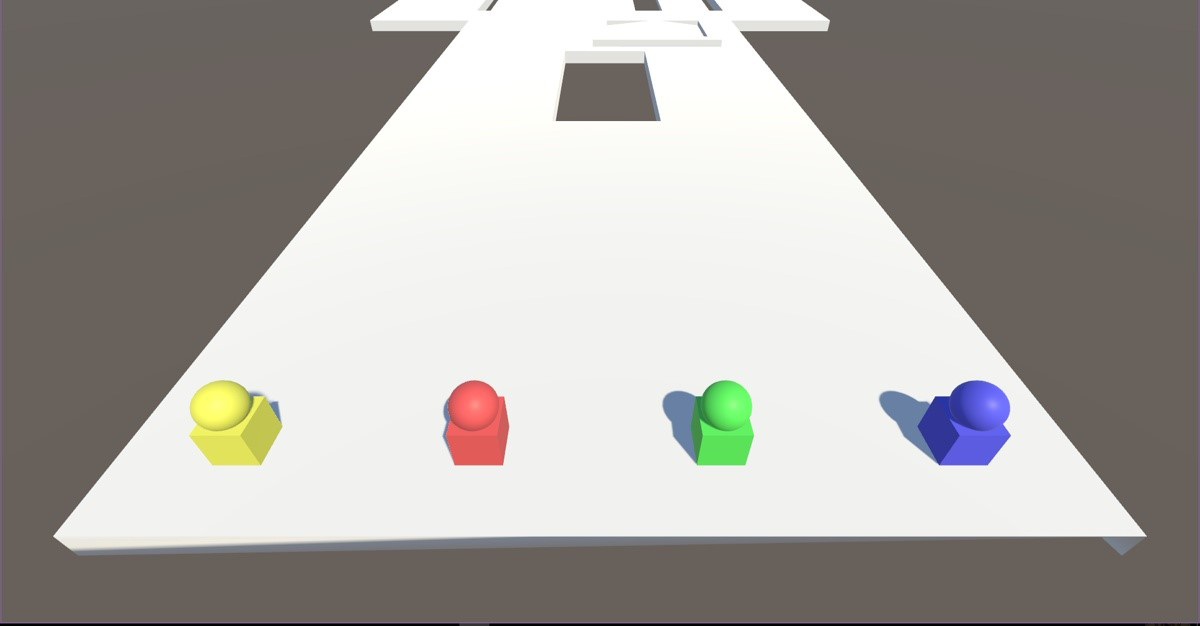 We also started by adding a simple trap in the form of a slow trap. This mechanic was frustrating for the player in the trap but rewarding for the ones that avoided it so we decided to keep it.

In this protoype we started off with a basic 3th person blueprint project and changed it along the way. We added multiplayer support in the form of multiple players spawning and controlling them which was self explanatory in unreal. For the camera we tried split screen but that made the individual screen small and it made it harder to know where everyone else was although it did give each player their own perspective. The camera that is in this build is a shared camera that follows the players at an angle from the back and keeps all the players in the screen to an extend. 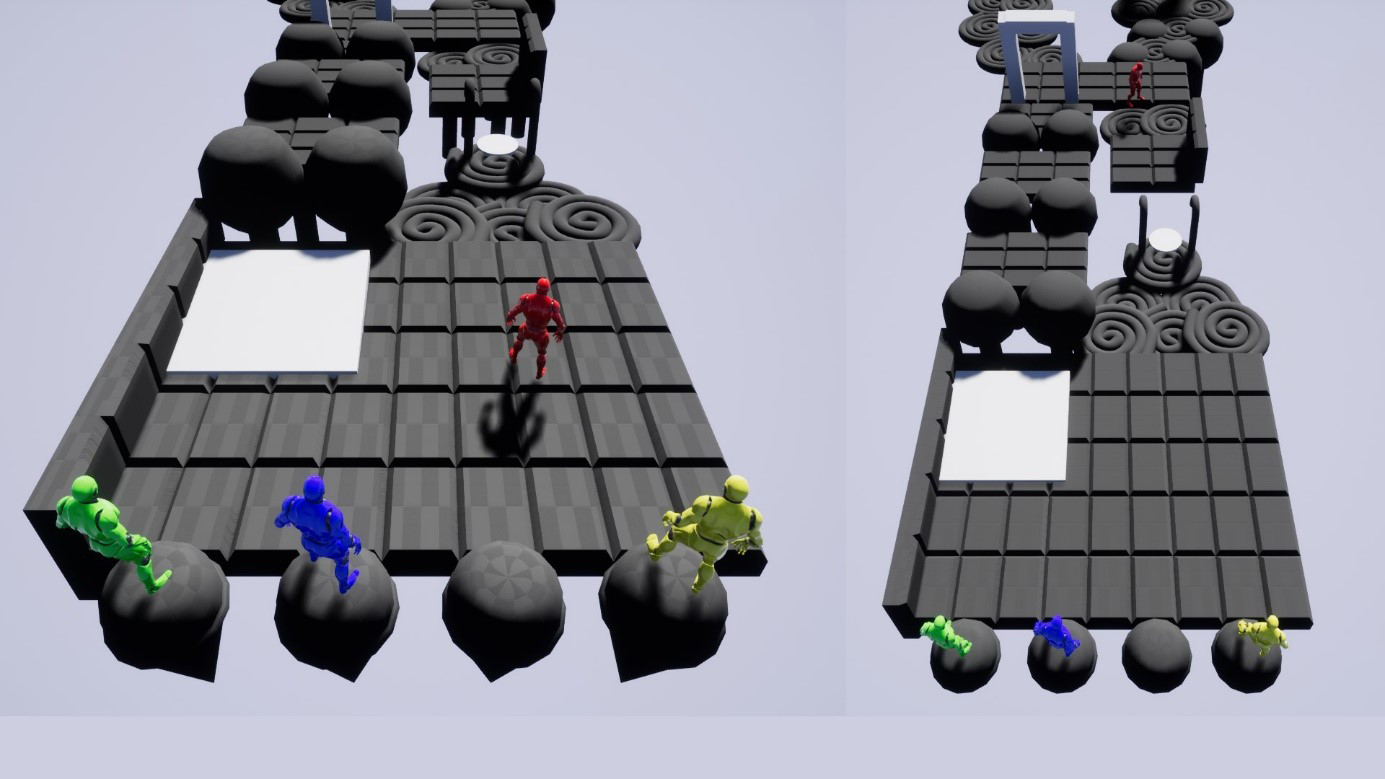 We designed a small testmap to give it a more representive look of the style we want to go for and implemented a few different traps. Just like the unity version we added a slow trap that functions in the same way. We also added a teleportation gate less designed to teleport people either forward or backwards toward a target. We also implemented a basic jump pad. The first real lethal trap that we created was a spike trap. In essence a trap that impales you with spikes if you stand on it.

To support our building ideas we also implemented a building camera which is topdown. In this phase of the game players control a colored cube which can make them spawn traps for the next phase. This viewpoint was the easiest way for us to both place the traps and to see almost the entire level. 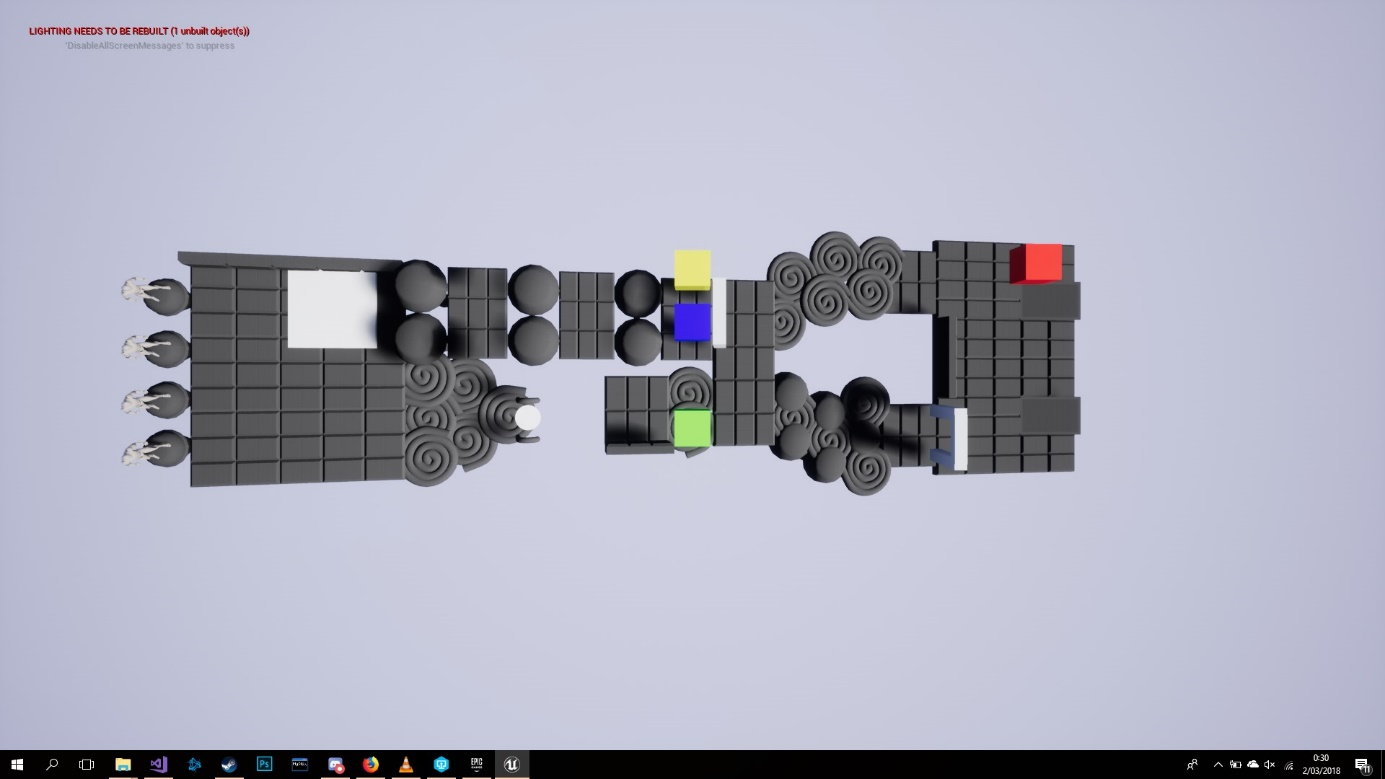 This week we scoped down the idea we originally had to make it possible, made basic implementations in both unreal and unity and tested out some basic mechanics.

Depending on the feedback we are going to receive next session we will either proceed with this idea and further test/think of new mechanics and features and flesh out the style and feel. Or we will have to start from scratch. If we get the green light we will also start making our artbible and featurelist.